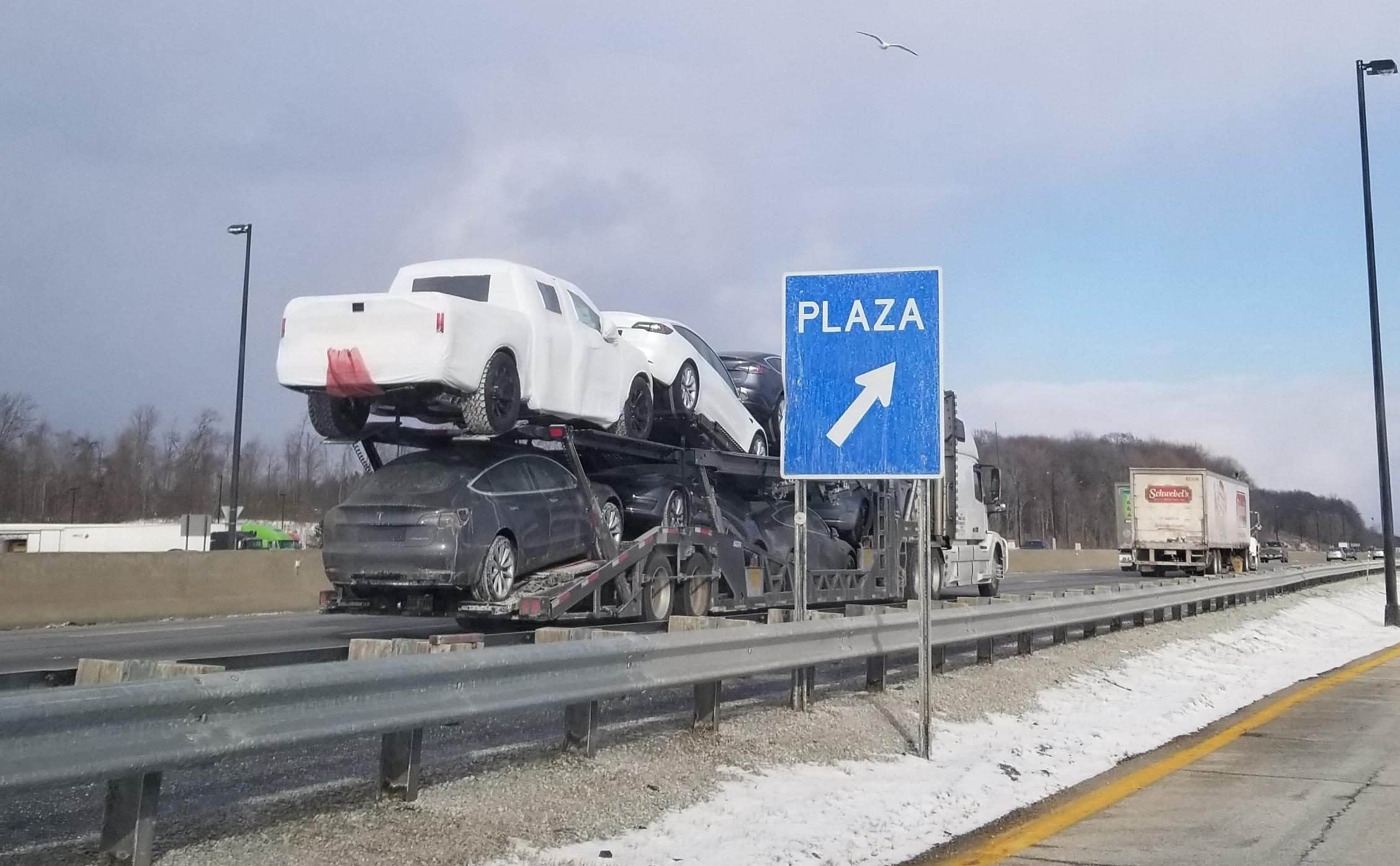 This Tesla car carrier was spotted in Eastern Ohio by Redditor u/streff the other day. The carrier was full of Tesla’s and one truck in plastic wrap, with the remaining Tesla’s unwrapped and filthy. Speculation was stirring that this truck could be the upcoming Tesla Truck, to be announced later this year.

Elon has been hinting the design of the truck would be too futuristic for most people, though this is anything but that. From what we can tell this looks like a Ford. Tesla uses Ford’s for much of their own fleet when using trailers to drop off and pick up individual vehicles for service.

My guess, Tesla just got a new pickup for it’s service fleet. It is odd that the Truck is the only one wrapped up. The truck must be new and perhaps the Tesla’s are demos or CPOs.

Let us know what you think in the comments.