Skip to content
Designed, printed, and assembled in the USA 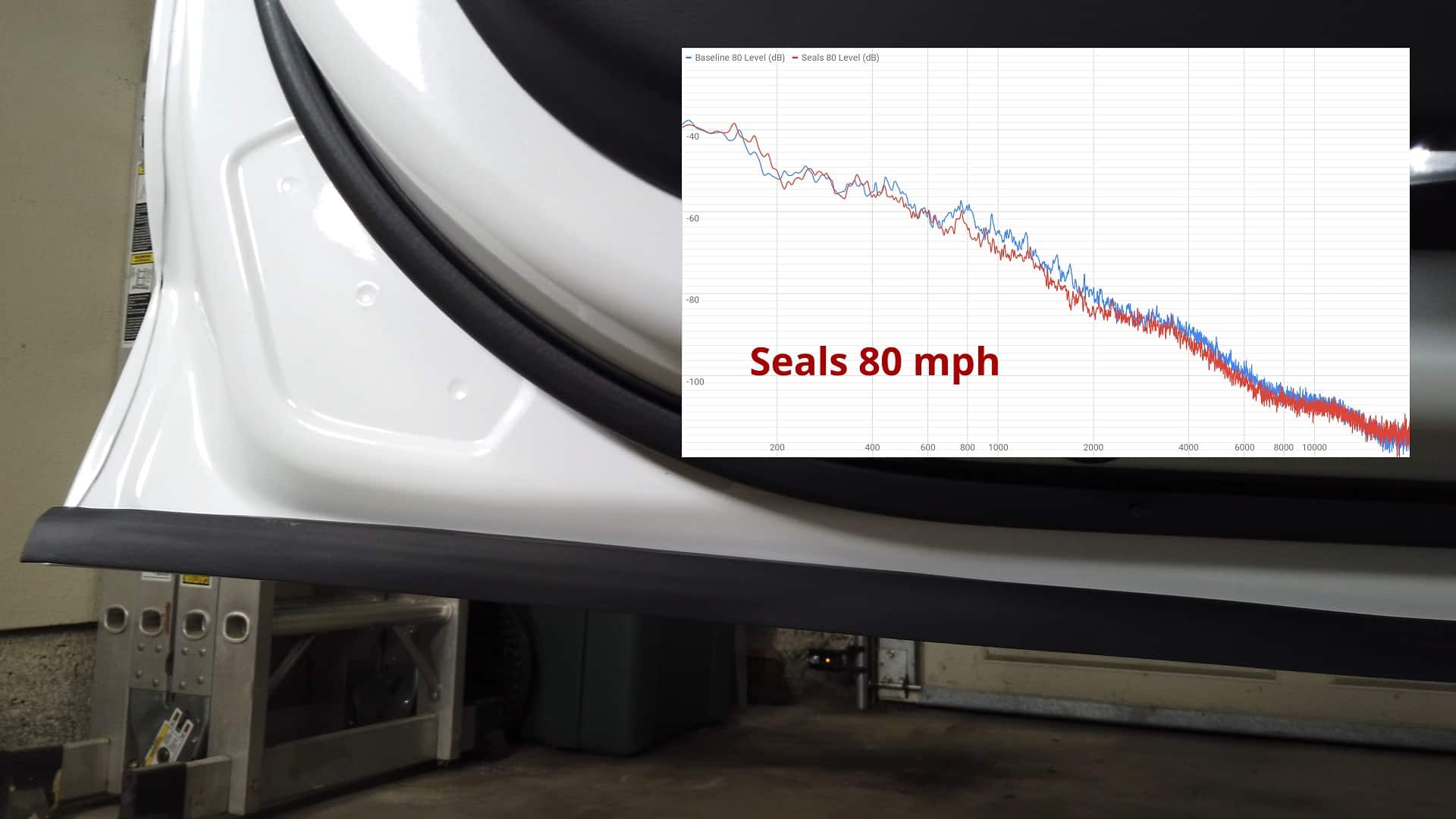 Like many sporty cars, road and wind noise in the Model 3 has been a complaint for some owners, especially those coming from luxury cars. A Tesla Motors Club forum member came up with a DIY solution to add an extra set of door seals to the Model 3. We tried it, tested it, and were surprised at the results!

To test, we recorded before and after audio clips at 60, 70, and 80 mph on the same stretch of highway under similar conditions. From that, we sampled 2-second clips of clean background noise with no other cars, bumps in the road, or any other extra sounds and made frequency response plots of those samples. When we charted them, there were surprisingly clear differences.

You can see the differences in sound level at different frequencies as you increase speed. The differences between 2000 and 5000 Hz are especially significant since that’s where human hearing is most sensitive according to the equal-loudness contour.

Then we compared the before and after plots. At 60 mph there wasn’t much difference, but the changes were noticeable at 70 mph and at 80 mph it became pretty clear.

Finally, we subtracted the before from after to really highlight the change. At 80 mph there is up at a 4 dB decrease in sound level. Most critically, there is a 2 dB decrease in the 2000 to 5000 Hz range where we are most sensitive.

As the speed increases, noise increases, but so does the effectiveness of the seals!

Check out the video below to see more details and listen to the sound clips that were used to generate the charts. Also check out the Amazon links to the seals to see for yourself!