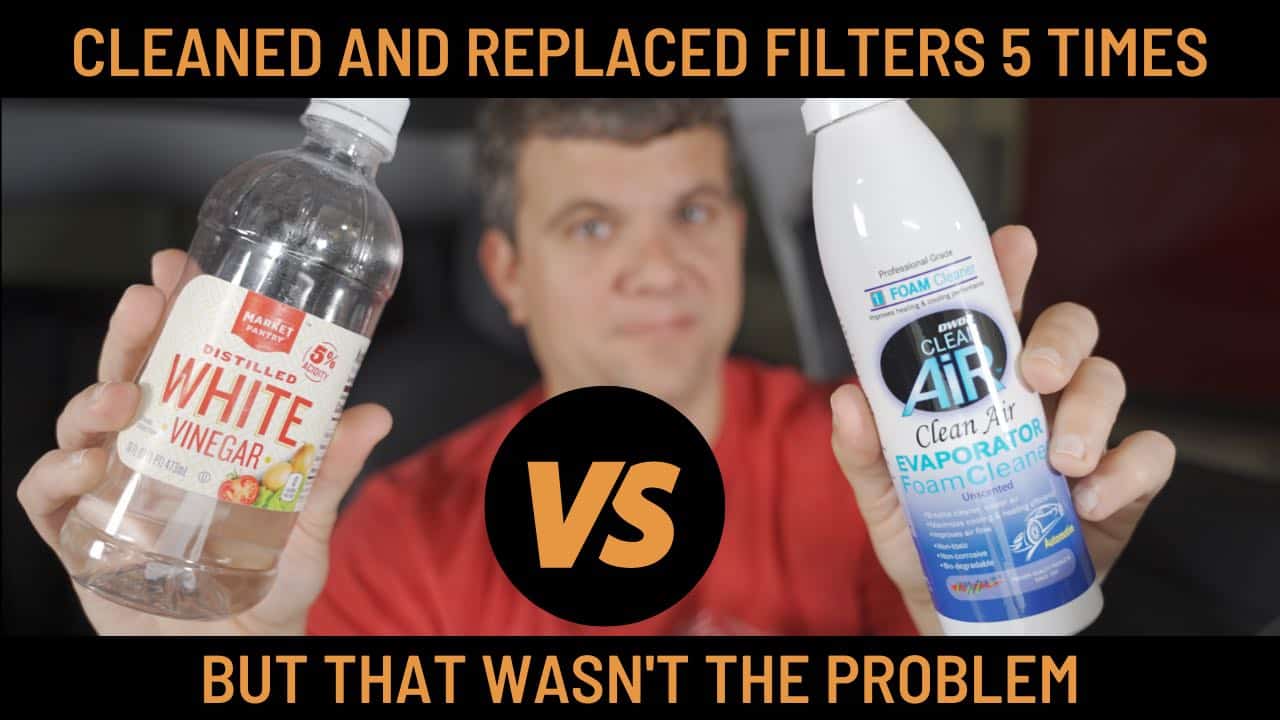 I’ve been struggling for months with a smell coming from my Model Y air conditioner. The usual fixes didn’t work on it, but I’m pretty confident Tesla has finally resolved it, so I wanted to get this out there for anyone else who may be having a similar, frustrating experience.

By now, if you haven’t experienced it for yourself, you’ve probably at least heard that Teslas can develop a vinegar-like smell in their air conditioners that is usually resolved by replacing the filters and cleaning the evaporator with a can of something like DWD2 Clean Air Evaporator Cleaner.

One of my most-watched YouTube videos goes over the cleaning process, so I know plenty of owners have needed to do it and plenty more have probably paid Tesla to do it.

Now, Teslas certainly aren’t the only vehicles that experience this, but they do seem to be more prone to it. It may be related to their unique cabin overheat protection feature (that gasoline vehicles don’t have) that can run the air conditioner when the car is parked. Tesla even released a software update to modify this feature to combat the smell.

In any case, I’ve had a Model 3 for over 3 years now and have only needed to clean it twice, but our Model Y is just over a year old and I’ve cleaned it four times myself and had Tesla mobile service clean it a fifth time and the smell just kept coming back within a few weeks.

I tried different brands of cleaners including Kool-It, which Tesla uses, and DWD2, which I prefer because they give you more product in the can and I like the starch smell over the minty smell in Kool-It.

One difference between my Model 3 and Y is the Y now comes with a heat pump, so I wondered if it was just more prone to the smell. I thought maybe the older resistive heaters in the 3 would get hotter and kill the bacteria better than a heat pump?

I also noticed that the Model Y heat pump was louder in some conditions. I’d hear a hissing noise when it was switching from slightly cooling the cabin to slightly heating. This was happening as long as we’ve had the car, so I had originally attributed this to a difference in the heat pump, but it seemed to be getting louder, so I was suspicious that something might not be right there.

Then, we had two instances of the air conditioner not cooling the car on hot days. We normally keep it on auto, so it ramps the fan up and down as needed.

Well, we were driving along and noticed that the fan was blowing really hard and the air wasn’t cold. In both cases, it worked fine the next time we got in the car, but clearly something wasn’t right.

So, I scheduled service. I sent a video of the hissing noise and they also asked for the dates and times the air wasn’t cooling to research the logs. Even before they looked at the car, they told me there’s a service bulletin they thought was related to the noise issue, so they were going to start there.

Ultimately, here’s what they did:

For the service bulletin, they replaced two high pressure and one low pressure refrigerant sensors.

Neither Tesla or I were confident that these issues had anything to do with the smell, but here we are over a month after those fixes and two months after the last evaporator cleaning and the smell is now resolved also!

Of course, Tesla did the repairs under warranty, so no charge there, but prior to that I had spent several hundred dollars on filters and cleaners between my attempts and paying Tesla to clean it, so I’m really happy to be done with that!

So, moral of the story, if you’re having any of those issues, like a smell that won’t go away, a hissing sound, or loss of cooling, I hope this helps you resolve it!

If you’d like to hear the hissing sound for yourself, you can check it out in our video below: